In January of this year, Zach Vincent, a wildlife filmmaker from South Africa, travelled to St. Helena, a British overseas territory in the Atlantic Ocean. 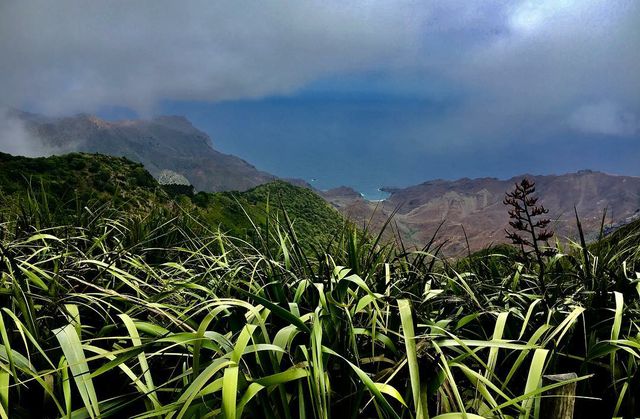 Vincent was taking part in Georgia Aquarium’s recent research expedition to learn more about elusive and giant whale sharks. His job aboard the ship for three weeks was to document everything from beginning to end with audio and video.

The island, which has a population of just 4,500 people, is one of the most remote places in the world and 1,200 miles away from the nearest land.

“When I looked it up, Google just showed the Atlantic Ocean, and no actual island. I had to zoom in to find it. Which just shows how remote it actually is.

Zach, who lives in Los Angeles, flew to Johannesburg and from there, to St Helena, landing on a thin airstrip next to a 600-odd foot drop into the ocean, making it “one of the scariest landings” he ever experienced. 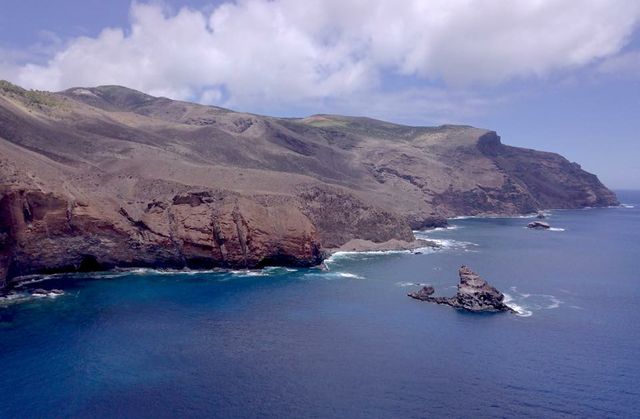 Zach learned hi filmmaking skills from his father, also a wildlife filmmaker. Zach also holds a master’s degree in marine biology and has numerous Emmy Awards for his work.

“A lot of my clients are science organizations, and they like having someone with a scientific background - it gives them the confidence to place their trust in me.”

Prior to the trip, Zach had to carry out thorough gear checks to make sure he had all the equipment he needed before setting off for the island.

“There was a lot of prep involved. You have to make sure all your equipment is primed and ready for action. You don’t want to get to the middle of nowhere and need something you can’t get - that can ruin everything.

“But you also have to make sure you travel as light as possible because you’re flying so far.”

One of the most important steps is to check conditions, in order to plan exactly what kit is needed for the shoot.

“I like to know what is and isn’t going to work - you don’t want to take extra kits you aren’t going to use.

“We were going to be on a smaller boat, and it was going to be very choppy, and hard to hold a steady shot, so I had to make sure I brought the right gear."

Zach and the team from Georgia Aquarium - a mix of researchers and divers - were in St. Helena for almost three weeks, and, Zach says, the biggest challenge was the water.

“Although I don’t get seasick, which is a huge bonus, there’s always the fear of falling overboard, or your kit falling overboard when the sea is rough - which it was. And being in the water all day long is challenging. The most important thing is to get the shots of the whale sharks. You may only have one chance, and you never know what will happen in nature, so you have to be prepared at all times. Filming underwater comes with a host of new challenges - holding your breath and lining up your shots is always tricky.” 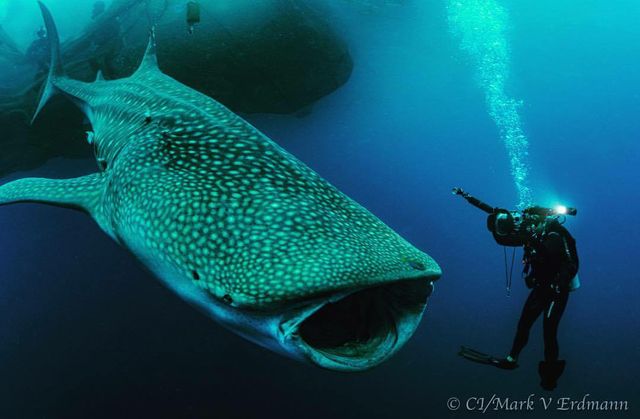 Being a one-man band can also be “really hard work”.

“Every day you wake up and you have to carry all your gear to the boat, load it up, film, then dump all the footage, clean all the lenses, make sure your underwater housing is ready for the good day,” Zach explains. “Luckily I was surrounded by a great supportive team who were happy to help me out. They respect my work and getting the message out there is extremely important to GA. They are highly professional and will help me work out how I can get the shots I want. They gave me a dive safety officer who will work with me and figure out how to go about getting them, as well as watching my back when I’m in the water. When you are in deep blue waters with bull sharks, you want that peace of mind.

But filming in such a scenic location means there are plenty of highlights - such as the otherworldly environment of St. Helena.

“The whole island is incredible,” Zach recalls. “From the water it looks like Mars - dry, volcanic, red and black. But when you get to the top it’s the most lush, tropical place you’ve ever seen. The island just rises up out of the ocean like a giant tooth or something.”

And, of course, the whale sharks. “It was so great to see such big, healthy fish.” 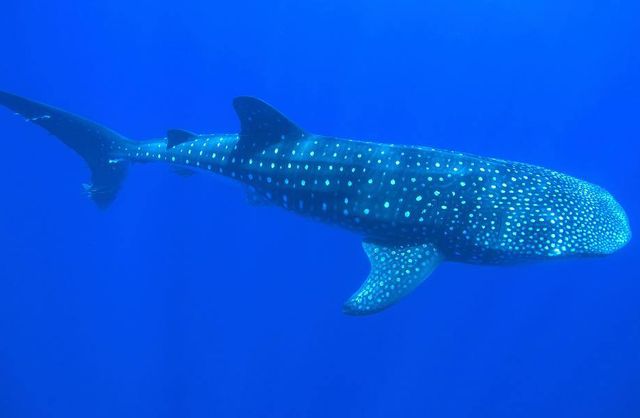 Zach, whose work for the National Geographic premieres at Tribeca Film Festival in April, is busy planning his next environmental filming trip - and he’s already looking forward to his next trip with Georgia Aquarium.