Researchers from Georgia Aquarium and Emory University recently released the first fully-sequenced shark genome, which was based entirely on material from whale sharks in the collection at Georgia Aquarium.  This landmark study will provide an amazing reference library for studies as broad as conservation, biochemistry and even human immunology, and we’re fairly sure it’s the first time an aquarium has been part of a whole genome project.  Now THAT is pretty cool!

What is genome sequencing anyway?  Let’s start with a little genetics refresher, shall we?  Every cell inside an organism’s body contains all the information needed to build another of the same organism.  The information is encoded in DNA, the famous helical ladder-shaped molecule, where each of the rungs is one of only four types: A, C, T or G.  These letter sequences make up genes (the recipes for proteins) and these are further organized into chromosomes.  All the chromosomes together make up the genome.  To sequence a genome, then, you cut up the DNA into manageable bits and feed the bits into a sequencing machine, and then you ask a supercomputer to put all the bits back together for you.  There’s a bit of Hogwarts-style wizardy in there that we are glossing over, but that’s the gist of it. 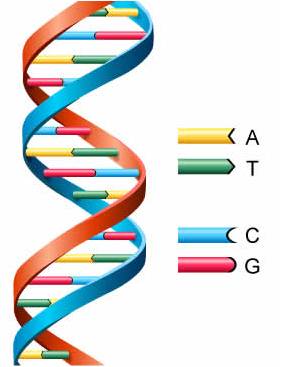 Now armed with the complete whale shark genome, we can ask and answer better questions about their biology.  For example, whale sharks are the largest fish in the world (by a lot!), so what can we learn from their genome about how they attain such a large size?  Whale sharks are also quick healers, so which of their genes assists with the healing process?  Do we have that gene?  There is also debate if all the whale sharks in the world are the same species, or whether Atlantic and Pacific animals might be different but similar species.  Our whale sharks were all collected in Taiwan, an island country in the Pacific Ocean. Could whale sharks in the Pacific be a different species than the ones in the Atlantic Ocean?  Studying their genome will help to answer these questions and many more about this charismatic giant.

The more genomes there are available to look at and compare, the clearer the picture scientists can paint about the evolution and function of living things.  In this very general sense, the whale shark genome will be beneficial to a wide range of scientists in all sorts of different fields of study, not just to whale shark researchers.  Because we share with whale sharks many of the genes that govern anatomy, biochemistry, nutrition, physiology and immunology, having their genome for comparative analysis is a fantastic tool to help us understand our own biology.  So, while sequencing the genome has been a substantial achievement in itself, the real work has only just begun.  Fascinating answers, and intriguing new questions, lie waiting among all those A’s, C’s, T’s and G’s, and it’s time to get to work making sense of it all.  We can’t wait!