Many people know what they want out of their life, but Scotty knows what he wants to give during his life.

Looking around the exhibit, there wasn’t a single person who wasn’t smiling from ear to ear as he reached down and met, for the first time, a beluga whale. Everyone watched excitedly, the moment when Floyd, the harbor seal, gave him a peck on the cheek. The room filled with laughter as Diego, the sea lion, struck a perfect pinniped pose next to him. His joy was simply infectious. These moments were special for everyone involved, and moments an incredible man, Scotty, would remember for the rest of his life.

Scott Bartley (Scotty) was born with Apert syndrome, a genetic condition that prevents the proper formation of bones in the face and skull.  He has had over 25 major surgeries in his lifetime, each posing extreme challenges, some as severe as learning how to walk again as an adult. Despite many physical setbacks, Scotty has lived a life with a passion for fostering connections with people and animals.

A few months ago, our staff here at Georgia Aquarium received a package from Scotty containing a beautiful handmade gift and a letter explaining how much he loves watching “The Aquarium,” our new TV series on Animal Planet. He explained how he’s always dreamed of working in an aquarium but unfortunately hasn’t been able to. Scotty decided to write a letter to our team to share his story, his love for the animals and what an inspiration they all were to him. 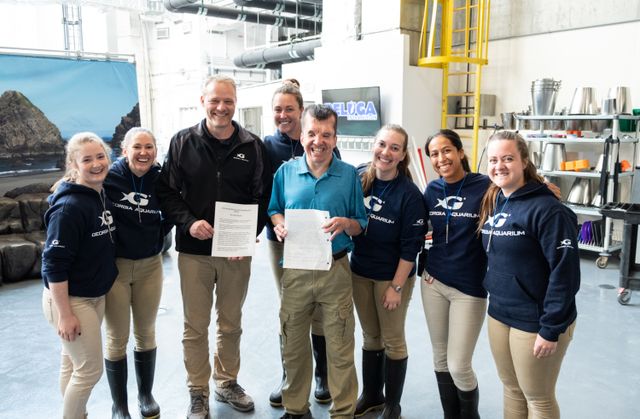 Scotty, Dennis and our animal trainers pose for a picture with Scotty's letter.

“I just wanted to let them know I was a big fan of the show, and how I learned from it. And I wanted them to read my story and hear what I’ve been through…to hopefully give them some inspiration in return,” Scotty said.

Touched by his story and love for marine life, our staff reached out to Scotty to invite him and his mother here to Atlanta for an exciting and full day at the Aquarium. Scotty started his day with a private behind-the-scenes tour of the Aquarium’s facilities. He and his mother were taken behind the galleries and taught how our various teams work together to ensure the health and care of our animals. 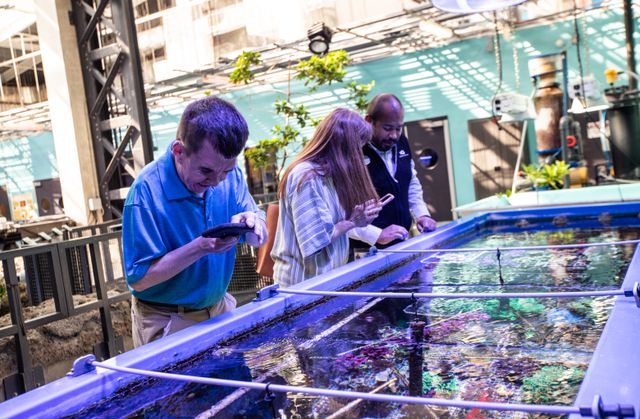 From there, he had the chance to meet many of the featured animals from “The Aquarium” face-to-face. Scotty’s visit was particularly exciting because he met almost every animal and team member from the show that he is such a big fan of. While he was eager to meet everyone, his original letter had been addressed to Dennis Christen, Senior Director of Mammals & Birds, and his team. A smile broke out over Scotty’s face when Dennis shook his hand for the first time. Dennis was equally delighted to finally meet the fan who admired the work he and his team do every day. 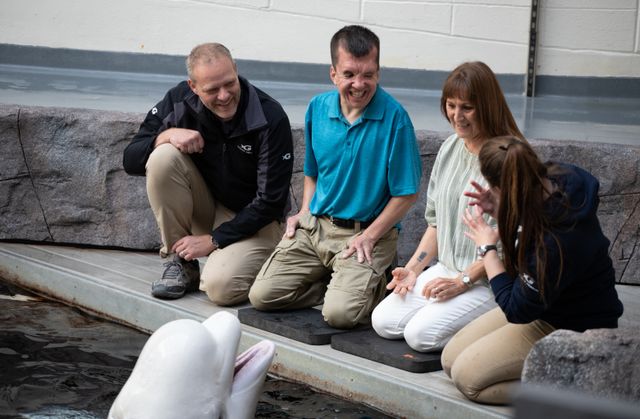 Scotty and his mother are introduced to a beluga whale by Dennis and trainer Liz.

Scotty was then introduced to various members of our team who, in turn, introduced him to the animals of the Aquarium. Scotty had a busy day of learning all about our animals, feeding sea otters, playing with a penguin, high-fiving a beluga whale, and even getting kisses from a sea lion! 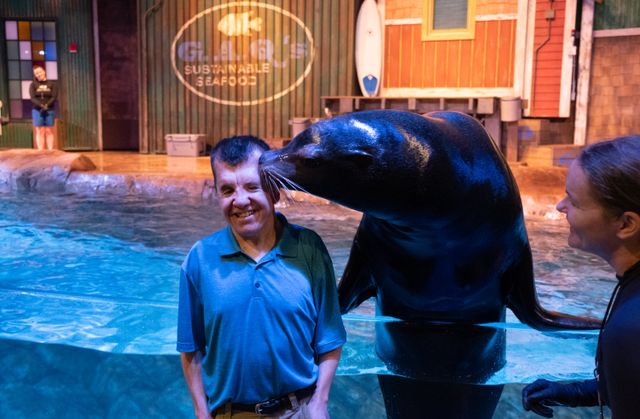 The sea lion, Diego, kisses Scotty on the cheek for a picture.

“Seeing his reactions as he met all his favorite animals and team members from “The Aquarium” who inspired him reminded me how special this facility is and how lucky we are to get to do this job every day,” said manager of events and partnerships, Roger Montiel. 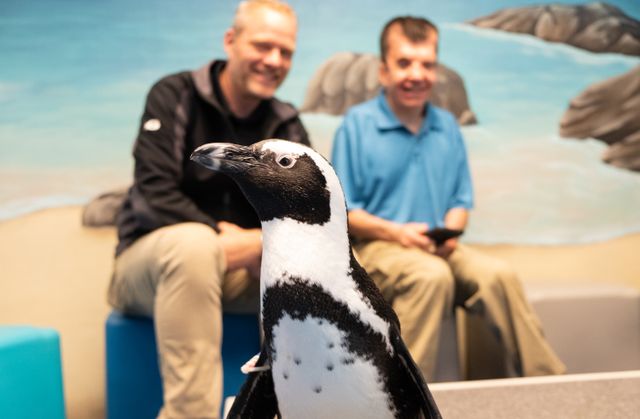 Dennis and Scotty pose for a picture behind African penguin Mosi.

Scotty’s reaction to meeting everyone was the best part of the day. His face lit up with excitement as he met and spoke with dozens of team members. Throughout the day, Scotty was kind enough to share with each team a little about his life story and his commitment to serving his community. Many people know what they want out of their life, but Scotty knows what he wants to give during his life. Scotty’s encouragement and positivity were incredibly inspiring to us.

“I just want to let people know that I’m here for them. I want to meet new people, shake their hand, listen to their story and share my story with them… I want to help them to understand that it’s okay, that they can do it,” he said as everyone around him smiled.

Overall, the day was an incredible experience for both Scotty and our entire team. We were delighted to have been a part of making his wish become a reality. Each day, our teams welcome, on average, more than 5,000 guests and are dedicated to fostering a deeper appreciation for our ocean and the animals that call it home. Scotty truly encompasses this mission, and it was heart-warming to see we have made such an impact on how he understands and cares for our ocean’s animals. Scotty was an inspiration to each person he encountered while here and his impact is still felt long after his visit.