Whale Shark Wheat Is Back. Back Again.

ATLANTA (July 30, 2018) – Last year, Georgia Aquarium and Red Brick Brewing Company teamed up to release the beer of all beers, Whale Shark Wheat. The two Atlanta organizations linked up to create unique beers with proceeds going towards the Aquarium’s research and conservation efforts. Red Brick, the oldest brewery in Georgia, strives for sustainability in their canning and distribution effrots. What followed was the release of three more beers: Penguin Pale Ale, Sea Otter Stout, and Sea Dragon Basil Blonde. Now, they’ve decided to head back to their roots with the relaunch of Whale Shark Wheat with a new flavor profile.

"It is a unique expereince to be able to enjoy a craft beer while at the same time contributing to conservation efforts," said Dr. Alister Dove, vice president of reserach and conservation at Georgia Aquarium.

The new edition of Whale Shark Wheat is an American Wheat Ale that features a new can along with an updated recipe focusing on providing more wheat body within the beer with a hop blend that will enhance the fruity characters of the beer, without overpowering the base. "I'm really excited about the new flavor profile we have for this beer, becuase it really is a marriage of some really interesting American grain character with some really bright hops from the Pacific North West," said Gavin McKenna, director of brewing operations at Red Brick Brewing Company. 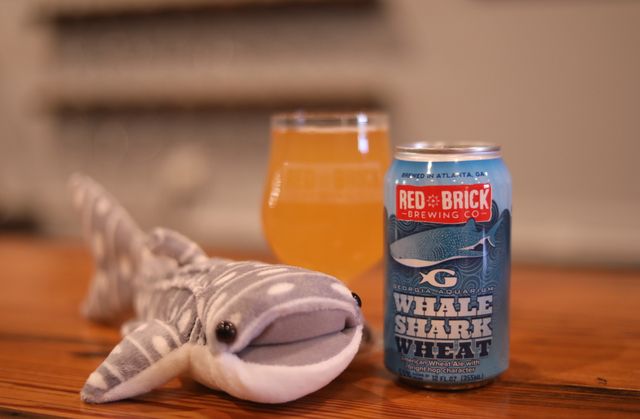 The limited-edition Whale Shark Wheat will be released on draft at the offical launch party on August 3rd at Red Brick Brewing Company. Guests will be able to taste the beer while enjoying Rustic Pizza’s food truck and music from Brother Brown and Soul Reunion. The beer will hit select shelves throughout Atlanta the week of August 6th. 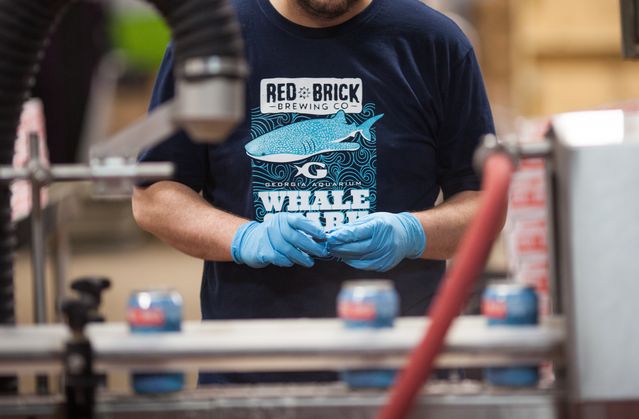 Georgia Aquarium has conducted international whale shark research around the world, including Mexico, the Galapagos Islands and St. Helena Island. In 2016, the global whale shark population as a whole moved from Vulnerable to Endangered on the International Union for the Conservation of Nature (IUCN) Red List. There is much to be learned about the world’s biggest fish. The Aquarium’s research has helped complete the mapping of the first whale shark DNA genome using blood drawn from whale sharks at Georgia Aquarium.

Red Brick Brewing Company and Georgia Aquarium strive to create beer that both represents Atlanta in a unique way and highlights both organizations’ commitment to sustainability. This local partnership brings the unique opportunity to enjoy a craft beer while also raising funds for conservation efforts. Whether you are in it for the ale or in it for the whale [shark], you’re going to love this brew! 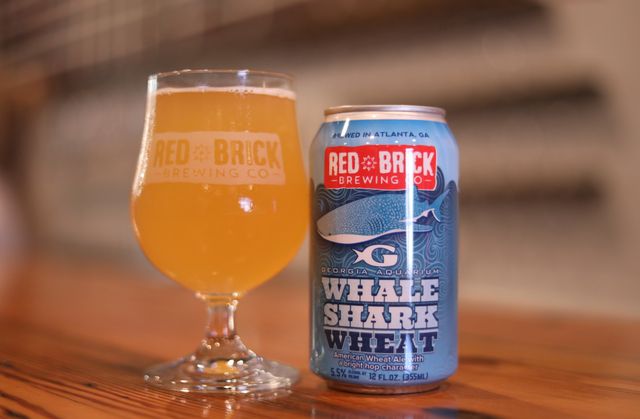 For more information on Whale Sharks check out our Animal Guide

Founded in 1993, Red Brick began their brewing odyssey at a small building in downtown Atlanta. They have established a 20-year tradition of producing fresh, interesting, and delicious brews for your drinking pleasure. They pride themselves on crafting a variety of year-round and seasonal offerings, including their exclusive Brick Mason series. For more information, visit www.redbrickbrewing.com

Georgia Aquarium is a leading 501(c)(3) non-profit organization located in Atlanta, Ga. that is Certified Humane by the American Humane Association and accredited by the Alliance of Marine Mammal Parks and Aquariums and the Association of Zoos and Aquariums. Georgia Aquarium is committed to working on behalf of all marine life through education, preservation, exceptional animal care, and research across the globe. Georgia Aquarium continues its mission each day to inspire, educate, and entertain its millions of guests about the aquatic biodiversity throughout the world through its hundreds of exhibits and tens of thousands of animals across its seven major galleries. For more information, visit www.georgiaaquarium.org