While the weather is getting warmer in Atlanta, team members of Georgia Aquarium’s animal care staff have spent the last few weeks in chilly Seward, AK. They are assisting the Alaska SeaLife Center (ASLC) with rehabilitating an orphaned five-week-old northern sea otter pup. It is presumed that he was stranded by his mother in search of food and was found malnourished and in desperate need of care.

Upon his arrival to ASLC, he was deemed non-releasable by the U.S. Fish and Wildlife Services. When sea otters are deemed non-releasable, they begin an extensive rehabilitation process. This orphaned sea otter is getting routine veterinary exams to check on his health, feedings every three hours, daily grooming, and will eventually learn how to swim and keep himself upright in water. Rehabilitated sea otters are in need of a forever home and zoos and aquariums can provide that second chance at life for so many animals.

Georgia Aquarium is dedicated to caring for animals, whether in our care or in the wild, and collaborating with organizations like ASLC.  Georgia Aquarium is assisting the team at ASLC with daily grooming and hand-rearing the pup as he learns to nurse. Normally, mom would handle these necessities, but with this pup abandoned, ASLC and Georgia Aquarium will assume the role of mother sea otter for now. He will eventually learn to eat on his own and how to groom himself to protect his naturally dense fur – sea otters have the densest fur of any mammal and must groom regularly to insulate themselves from their chilly habitats.

No stranger to sea otters – Georgia Aquarium is home to four southern sea otters – the animal care staff are able to provide not only helping hands, but additional animal care expertise for such a young pup. Three of the sea otters currently at Georgia Aquarium were deemed non-releasable as pups. Brighton, Bixby, and Cruz all arrived at Georgia Aquarium in 2010. Brighton, a female was found at 12 weeks old and was believed to be weaned prematurely from her mother and had a parasitic infection from eating sand crabs. Both Bixby, a female orphaned at four weeks old, and Cruz, a male, orphaned at two weeks old, were stranded after both their mothers suffered fatal shark attacks.

Mother sea otters do not leave their pups unattended, except to dive for food to feed them both. As ocean waters become more acidic and change, mother sea otters may be faced with diving deeper to find food and ultimately, unable to return to their pup. Sea otter pups do not wean until three to six months of age and when left alone, their odds of survival drastically decrease.

The Alaska SeaLife Center is a public aquarium that combines marine research, education, and wildlife response. While the facility is primarily dedicated to research and education, it is also the only permanent marine mammal rescue and rehabilitation center in the state of Alaska.

To learn more about the research and rehabilitation efforts of the Alaska SeaLife Center, please visit http://www.alaskasealife.org/. 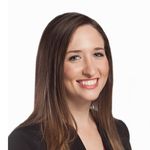