After nine years working at the Georgia Aquarium, and three of them as a project coordinator, I’m always finding myself thinking, “Gosh, if I only had this (insert random tool here), this would be so much faster” or “I wish somebody would make a (insert my latest million-dollar idea here), that would make this process much easier.” However, when push comes to shove, I get frustrated by the expense, time, and energy required to make these ideas possible. Now with 3D printing, a process that has undergone a revolution in the last few years making it much more accessible, those possibilities don’t seem so far-fetched. 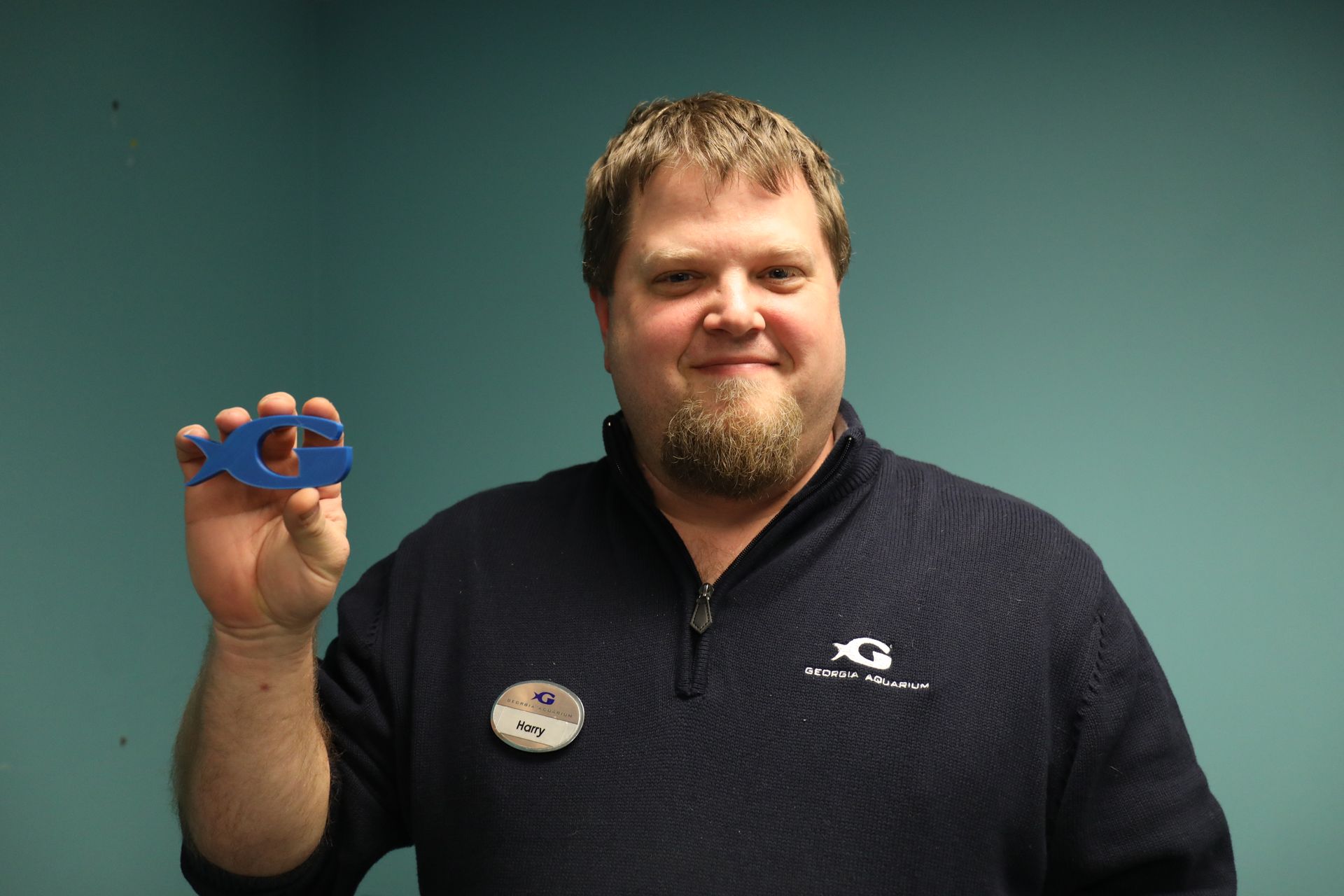 We recently acquired a 3D printer in the Research and Conservation department to help bridge the gap between our ideas and producing working parts. 3D printing is a multi-step process that begins with computer aided drawing (CAD) which we use to draw the plans for the prototype or part desired. These drawings are then sliced into very thin layers. Through additive manufacturing, the drawn objects are brought to life by building up those thin layers of material, most often some form of melted plastic, until the final product is made. Watch a timelapse of the video below:

As one of the only Aquariums in the world to use this kind of technology, having this capability opens up one of the greatest roadblocks to marine research, making the unavailable, available. For example, if we want to study diving behavior of sharks and rays, there isn’t a “Sharks N Rays R’ Us” store where we can buy the equipment necessary for a study. Most often, we have to adapt existing technologies to work for our particular application. We might have to use a temperature sensor that was originally designed for a weather buoy to measure ocean water temperature, and then find a way to make that same sensor portable enough that it can be deployed to a moving animal for months at a time.

That moment came for me a few months ago when we decided that we will be launching a study of manta ray movement using acoustic telemetry. This project will involve deploying a series of listening stations on the ocean floor and then attaching acoustic transmitters to free-swimming manta rays found near shore of our facility Marineland Dolphin Adventure in Marineland, Florida. These acoustic transmitters are like pet microchips in that they constantly transmit a coded signal that identifies individual rays to the listening stations.  The transmitters do not float on their own and we don’t want to have these transmitters resting on the rays and rolling around, potentially removing the protective mucus layer found on manta skin. With the 3D printer, we were able to quickly design floats that can be easily attached to the transmitters and test them to make sure that they provide enough lift to keep the transmitter off of the manta ray so that they don’t rub away the protective mucus layer.

These sorts of opportunities to build new tools and applications come up for us frequently in our field research, and with the 3D printer we can now develop prototypes quickly and at a greatly reduced cost from traditional research and development processes. We can now easily go from idea, to part in hand within a day or two instead of months or years. We’re very excited about the possibilities with 3D printing and look forward to sharing more stories about how we incorporate it into our research.

To learn more about our research and conservation efforts, visit news.georgiaaquarium.org/research-conservation.